In 2001, Sripad Jayadavaita Swami gave a lecture series titled “Food for Death”, which is still available on his website at http://www.jswami.info/seminars#food and which examined how prasadam distribution seen by the public as ordinary welfare work affects ISKCON’s core values. Sripad Bhakti Vikasa Swami in his 2011 lectures titled “Some Concerns About ISKCON” and “Further Discussion on Concerns About ISKCON” addresses the same issue Jayadvaita Swami addressed but in a more generalized context that includes other welfare initiatives.[1] Bhakti Vikasa Maharaja in his lectures also addresses what he identifies as fundamental, philosophical differences that have emerged within our society.

As far as social welfare is concerned, the lectures of both Swamis make a common point: the time and resources devotees increasingly give to indirect preaching in the form of welfare work, at the expense of direct preaching, reflects ISKCON’s growing acceptance of karma-kanda as a part of its core mission and, hence, core values. END_OF_DOCUMENT_TOKEN_TO_BE_REPLACED 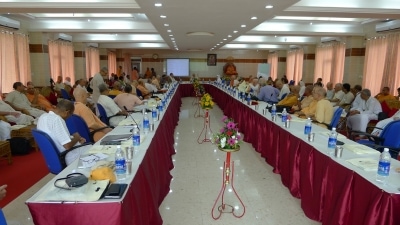 His Divine Grace A.C. Bhaktivedanta Swami Prabhupada, Founder-Acarya of the International Society for Krishna Consciousness (ISKCON), established the Governing Body Commission (GBC) to be the ultimate managing authority for the society. In ISKCON’s Direction of Management written on July 28, 1970, Srila Prabhupada states: As we have increased our volume END_OF_DOCUMENT_TOKEN_TO_BE_REPLACED