CPO accepts changing and conflicting testimony without questioning it 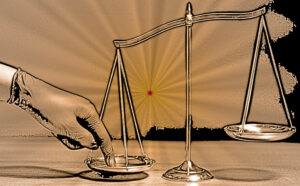 [This is an excerpt from the article “Dissatisfaction & Disappointment over the investigation of former Bhakti Vidya Purna Swami (AV)”. Click here to access the full article.]

2.4. Remaining blindfolded to inconsistent and changing statements of the prosecution, as if the prosecution side by default is correct and beyond any critical examination. The CPO did not question the inconsistency in MR statements, which changed drastically with every successive reporting until the final report, and chose to ignore AV’s testimony regarding the matter.

Nobody is saying that touching was alright but changing the instances from 3 (in the first report) to 50-60-80 times and later to the nightly affair, as mentioned in the final CPO report, is not only a severe claim but a changing claim on such a sensitive issue! The CPO should not have overlooked it! It’s a significant point to note since the case revolves around this, but interestingly the CPO tactically didn’t highlight it.

The CPO mentions in their report :

What evidence is there for the CPO to say it understands the nature and extent of abuse? On what basis the CPO concludes that it was a nightly affair over many years? Can the CPO release evidence publicly to show how it was a daily nightly affair? The CPO must cite if it has additional objective evidence or if the whole judgment is based on MR testimony. MR took the touching from 3 times in her first report to MG in 2013 to almost a nightly ritual in the final report published by the CPO. Does the CPO notice the inconsistencies in MR statements and understand the gravity of not verifying the factual truth of such claims? Did the CPO consider highlighting this in the report and investigating it impartially to see if it was an occasional event or repeated maniacal behavior as portrayed? MR’s latest version portrays AV as a sensual maniac. To favor and conclude this, what objective evidence or third-person interviews the CPO collected to conclude that whatever MR said was beyond any question? Except for the first-person testimony of MR or her mother, LB, what evidence supports the claim? If just the testimony of the accusor is the sole criterion to evaluate the case, then why even go to collect the testimony of AV in the very first place?

The CPO is giving undue weightage to testimony from the victim without any good rationale or supporting evidence. We can quickly see how the case could flip if the CPO had just interviewed a few close to AV, and their group narrative favoring AV would have outnumbered narratives from the victim side. Are we foolish to understand the CPO’s motive behind accepting MR’s subjective narrative over another subjective narrative of AV? Either the CPO gives equal weightage to both sides and finds more independent objective evidence to see which narrative is true, or any intelligent reader would consider it as a partial judgment. Please note that we are upholding the importance of first-person testimony, but the other side also has its version. Why should the CPO give more preference to one side than the other for events that happened almost decades before? The CPO must furnish additional evidence to conclude anything, or else the decision seems biased prima facie considering the inconsistencies involved. Moreover, if the CPO already decided they would go by MR’s narrative, as they put it in the “evidence section” of the report, why even bother interviewing AV? It was not making sense until we found in AV’s recent reply that his statements were cherry-picked to support the victim narrative as and when suited. I will explain this in the next point.

Failing to acknowledge this inconsistency raises questions on the transparency with which the other claims of MR would have been critically examined.