Who is Immoral, Krishna or Christ?

Their form of worship was ‘to a very large extent disgusting and even immoral’, and the Hindu himself suffered 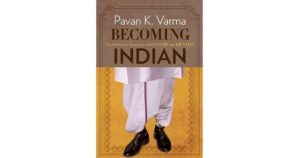 from ‘unparalleled sexual degradation’. In the eyes of the Christian Literary Society of Madras, Krishna, quite simply, was an adulterer and fornicator. In fact, in 1862, Sir Mathew Sausse, a British judge of the Bombay High Court, pronounced a judgement in which he saw the enactment of Krishna’s dance with the gopis—the raas-leela—as only a means of encouraging adultery: ‘All songs connected with the worship of Krishna which were brought before us, was of an amorous character In these songs as well as stories both written and traditional, which later are treated as of a religious character, the subject of sexual intercourse is most prominent. Adultery is made familiar to the minds of all; it is nowhere discouraged or denounced, but on the contrary, in some stories, those persons who have committed that great moral and social offence are commended.’ 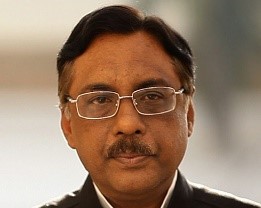 These are the words from the book “Becoming Indian: The Unfinished Revolution of Culture and Identity” written by Pavan K. Varma, a former Indian Foreign Service officer and was an adviser to the Chief Minister of Bihar, Nitish Kumar, with cabinet rank. With effect from June 2014 he was a Member of Parliament (Rajya Sabha) until July 2016. He was the National General Secretary and National Spokesman of the Janata Dal (United). He was expelled from JD(U) in January 2020 for opposing CAA. He studied at St. Xavier’s Senior Secondary School and St Stephen’s College.

My question is, do we really need a certificate of morality for Supreme Lord Shri Krishna from a Christian judge Sir Matthew Richard Sausse, or even Christian Literary Society of Madras? And why is Pawan K. Varma citing them? Is it because he has been educated from missionary school and college?

Why attack Sanatana Dharma and it’s belief without learning from its gurus/teachers? Has the author of the book or Christians who are cited above have even read about Supreme Lord Shri Krishna from Shrimad Bhagavatam or Mahabharat?

Has Mr.Pawan Varma studied the Bible for comparison? If yes, then comparison should be given. But if not, then they don’t have right to write about Sanatana Dharma.

Human life is gifted with higher intelligence than animals. It should be used to seek out Absolute Truth. We need to read or hear scriptures to search Truth rather than wasting time to defy or denigrate or belittle others. What shall we gain by doing so? It is a serious question. Perhaps we will miss the chance to know the Truth or worst, we may go to hell for blaspheming Truth.

My aim is not the same to criticize Christians or hurt them in any way. But as they are hurting my faith by blaspheming Krishna, I need to enlighten them. I intend by this article to inspire all the readers to search for Truth in all the scriptures of the world instead of being hurt. It is a mere response of what is written about Krishna. And I hope this comparison will help all to understand things as they are.

I will try to give incidences from Bible for comparison so that readers can decide themselves, who is immoral or adulterous.

(1) Lot’s daughters got their father drunk, and over two consecutive nights had sex with him without his knowledge. They both got pregnant. (Genesis 19:30-38)

(2)When Judah saw her, he thought she was a prostitute, for she had covered her face. Not realizing that she was his daughter-in-law, he went over to her by the roadside and said, “Come now, let me sleep with you.” “And what will you give me to sleep with you?” she asked. (Genesis 38)

(5) Absalom, son of King David, in the middle of a rebellion against his father, had sex with his father’s concubines on the roof inside a tent. (2 Samuel 16:22)

Now, I want to ask Mr. Pawan Varma and Sir Matthew Richard Sausse, can you explain these behavior in people/prophets of Bible? The sexual relation of daughters with father, daughter-in-law with father-in-law, son with mother (father’s concubine), and brother raped half-sister, etc. Does this not encourage adultery or incest? Or only Krishna’s rass-leela does that!

Who Krishna is and what His message is?

Had these intellectuals tried to understand “Who Krishna is and what His message is?” they would not have dared to say so.

Krishna is Param Ishvar (Supreme Lord, Bhagavad Gita 7.7, 10.8, 10.12-13 and many more), master of all universes and all things (animate or inanimate) and all living entities (sedentary and mobile, including humans and all animals) and also father and master of Jesus as mentioned in Bible as Jehovah or Yahweh (though Christians may not agree that Krishna is Yahweh).

As a master, He owns EVERYTHING including all gopis and even everyone’s wives. The owner can enjoy His possessions. So, nothing wrong in Krishna’s act as a Supreme Master of all.

Moreover, had they even tried to understand the age at which He enacted His pastimes, they would not have commented about it. Lord Shri Krishna at the age between 7 and 8 did vastra-haran (stealing gopi’s clothes) and raas-leela (dancing with gopi’s). Do we need to be serious about the plays of children age 7?

In Bhagavad Gita, His message is to control senses. How an immoral person can even have idea of sense control or celibacy?

If not Joseph, Who fathered Jesus? Who impregnated Marry?

If God is the father of Jesus, how could He do so unto Joseph’s wife Marry?

Is God immoral for doing so?

Accordingly, illicit sex is the base of Christianity also. And God Jehovah Himself has an illicit relationship with Marry, wife of Joseph.

Well, I have raised these questions only for comparison and not to blaspheme Jesus or Jehovah or Christianity. Similar births are also mentioned in Vedic scriptures like Pandavas, Hanuman, and many monkeys in Lord Shri Rama’s vanar sena. So, we have no problem to accept Jesus being begotten by God.

It is easy to target Sanatana Dharma by people of other faiths and similarly they are also targeted in response. But we miss noticing that rather it is a movie culture which is a real problem for society. They are serving sex, violence, and hatred very easily through the medium of entertainment, and youth, in particular, become an easy victims. Do these both intellectuals and many others of modern time dare to control these sources of mass media (movies, TV) using their high position so as society is not spoilt? Have they ever really studied statistically, who does real damage, movies, or scriptures?

History of Bharat has seen that people who were studying or reading or hearing Shrimad Bhagavatam were of very high character. Even rishis and sanyasis who have left worldly life and nothing to do with so-called worldly affairs of man and woman took great interest in divine pastimes of Lord Shri Krishna with gopis and yet they were not agitated by doing so and they could maintain their brahmacharya. Then how can someone dare to label it as encouraging adultery?

But foreign invaders came and destroyed this culture and brought their culture of rape, looting, killing, and adultery, the character of people started declining. And it further facilitated by movie, TV, and mobiles.

Lession from the history:

It is shame that so-called Indian scholars now to please their western masters for some money in return, they are blaming their own culture and Dharma for all problems in society which rather starts with an interest and not by imposition.

History has shown that

Christianity is fast reducing in Europe since the 15th century.

New young generation is leaving Christianity despite training them in childhood.

And even among newly converts, new generation is leaving Christianity.

Crime rate is very high in west and immoral behavior has become normal.

While Sanatana Dharma is also reducing not the same way as other faiths but because new generation is deprived off its scriptures and its knowledge.

And whoever and wherever Sanatana Dharma flourishes, morality prevails.

Has anyone ever thought of it, why?

It is because morality is Dharma. And Dharma is based on Karma (Law of action and reaction).

Can Christianity explain deformities, poverty or richness, beauty or ugliness at birth? Can it explain rebirth?

Has anyone ever seen Jehova or Jesus in 2000+ years in truth? HOW MANY?

Is there anyone who has ever visited & described heaven, it’s existence, it’s beauty? HOW MANY?

Is there any living saint or pastor, who can really do miracles without cheating? Can he heal patients in reality? Rather it uses all means of cheating people to convert.

These are the problems with Abrahamic faiths. They fail to explain, so people are leaving these faiths.

While Sanatana Dharma is based on inquiries, so people have a choice to go on questioning until they come to understand otherwise one may continue to be an atheist and yet allowed to exist in society.

Freelance reporter Sandy Nixon finds out what makes Krishna consciousness unique in an interview with His Divine Grace A. C Bhaktivedanta Swami Prabhupada.

Ms. Nixon: What is unique about Krishna consciousness among all religions?

Srila Prabhupada: Primarily, religion means to know God and to love Him. That is religion. Nowadays, because of a lack of training, nobody knows God, what to speak of loving Him. People are satisfied simply going to church and praying, “O God, give us our daily bread.” In the Srimad-Bhagavatam this is called a cheating religion, because the aim is not to know and love God but to gain some personal profit. In other words, if I profess to follow some religion, but I do not know who God is or how to love Him, I am practicing a cheating religion. As far as the Christian religion is concerned, ample opportunity is given to understand God, but no one is taking it. For example, the Bible contains the commandment, “Thou shall not kill,” but Christians have built the world’s best slaughterhouses. How can they become God conscious if they disobey the commandments of Lord Jesus Christ? And this is going on not just in the Christian religion, but in every religion. The title of Hindu, Muslim, or Christian is simply a rubber stamp. None of them knows who God is and how to love Him.

So, our aim of research or reading should be to seek out God and develop love for Him.