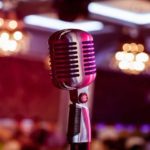 Being a lifelong songwriter as well as initiated disciple of AC Bhaktivedanta Swami I know the effect of song and it’s origination.

My spiritual master often talked about the uselessness of ” rubbish sex songs”.

By this he did not mean songs about the act of reproduction but the myriad songs about love sought and love lost.

Because in a varnasrama system there should not be the phenomena we see of dissatisfaction. On a morning walk he was asked about this. He said ” Illicit sex did not exist [ in varnasrama ] “.

Currently our minds are products of a wrong system of life–bad culture, bad politicians, bad philosophy. We see in our own ISKCON how marriages do not last ( due to the modern culture ).

I mention all this because the present Female Diksa Guru decision is a direct result of modern culture’s influence.

Krsna Consciousness is freedom from the material culture. By not extracting ourselves from material culture we will certainly be prone to making decisions influenced by it.

It is profoundly shocking that ignoring sastra and guru and sadhu has become a fashion.
I refer to the announcement that the ISKCON GBC has evidently according to report decided to allow female initiating guru.

The fact that the founder-acharya said ” Women can never transcend the modes of passion and ignorance ” was ignored.

And I know why. There is a Mayavada conception of the soul’s equality the Kanistha devotee adheres to.

The mayavadi remains in the false ego thinking body differs only. Thus this irreligious decision has been made based on avidya.

I could pole the voters and prove my contention.

I am disgusted and angered and disheartened. The decision is proof that placing non self realized souls in power is a recipe for disaster.